Closing Night at the Theater

Here's a commission I recently finished. It's a going away present for the production manager of one of the traveling productions of the Broadway musical 'Mamma Mia'. The location is fictional, but it depicts a closing night in any given city where the cast will usually convene at a nearby bar or club for an after party. Meanwhile the crew remains behind to break down and pack up the sets and costumes and other equipment. 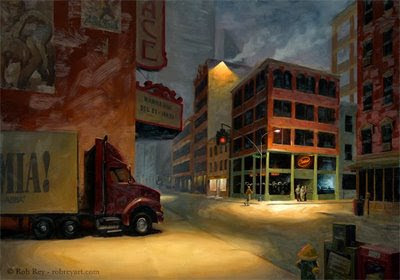 It's a big one, 40" x 28" oil on board. The above image is a scan which gave me the most accurate color and the sharpest image. However, there is a ton of glare on the brush strokes. I also took a photo, which is lower quality, but lets you see it without the glare. 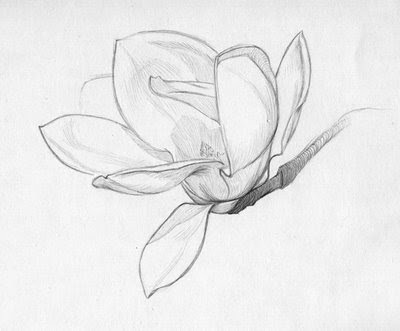 I've been wanting to do more nature studies lately. There was a magnificent magnolia tree near my house earlier this spring but I didn't have time to draw it while it was blooming, so I took some pictures and finally found some time to study them. 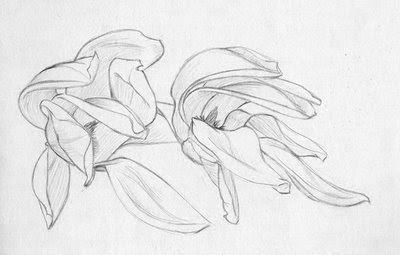 And of course, here are some more sketches from the coffee shop. 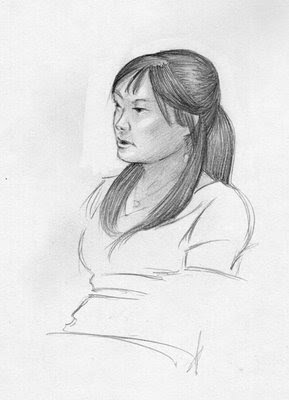 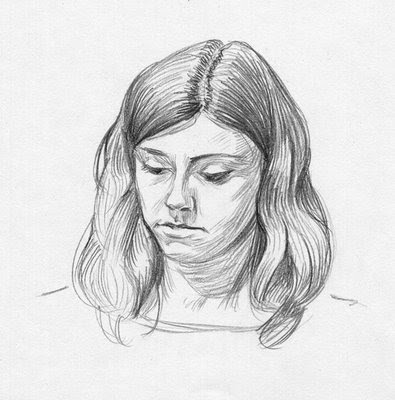 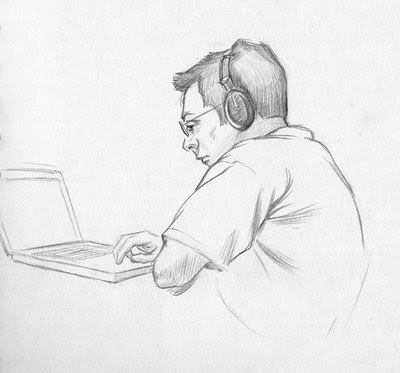 And a recent figure drawing 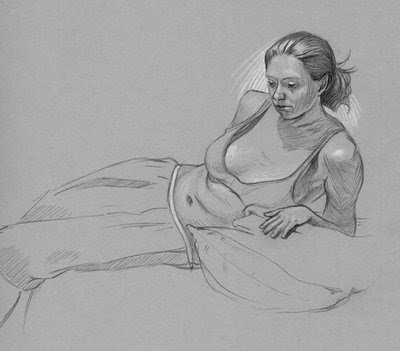