My Online Solo Show with Abend Gallery is now live! The show includes this new painting of the Earth titled, "Overview".
The Overview Effect is a cognitive shift in awareness reported by some astronauts while viewing the Earth from space.
The Earth is immediately understood to be a tiny, fragile ball of life, hanging in the void, shielded by a paper-thin atmosphere. From space, national boundaries vanish, and the conflicts that divide people become less important, encouraging a sense of unity with all of humanity and life on Earth. The need to create a planetary society with the united will to protect this planet becomes both obvious and imperative.
“When we look down at the earth from space, we see this amazing, indescribably beautiful planet. It looks like a living, breathing organism. But it also, at the same time, looks extremely fragile … Anybody else who’s ever gone to space says the same thing because it really is striking and it’s really sobering to see this paper-thin layer and to realize that that little paper-thin layer is all that protects every living thing on Earth from death, basically. From the harshness of space.”
-Ron Garan, Astronaut
For more about the Overview Effect check out the short film. 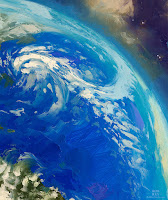 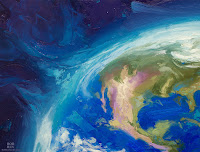 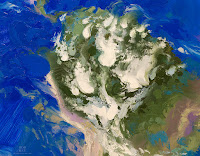