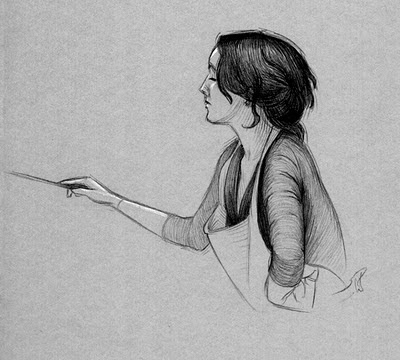 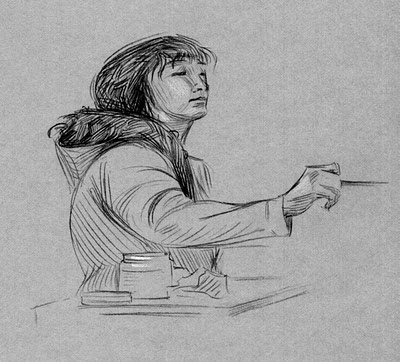 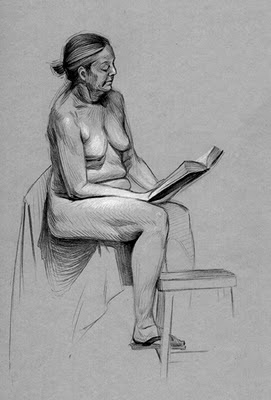 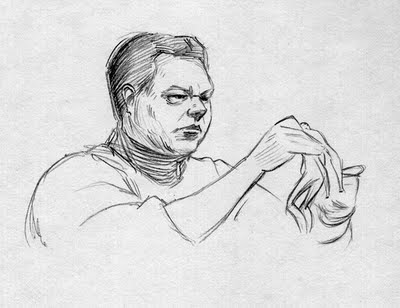 And this is the guy that modeled for Donato Giancola during his portrait painting demonstration, also at IlluXcon in Pennsylvania. 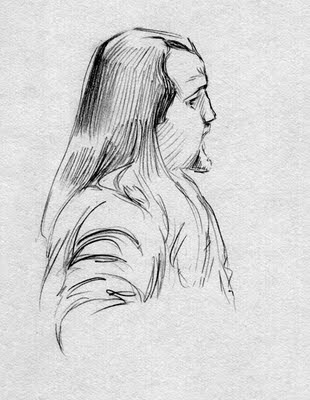 Two weeks later, I delightfully happened to run into Donato again in Montreal while visiting the John William Waterhouse exhibit at the Montreal Museum of Fine Art! It was a really excellent display of one of my favorite artists.
Also while in Montreal, it was cold waiting for the museum to open, so I got a cup of tea and sketched the back side of this sculpture of Norman Bethune from inside a Tim Horton's there. 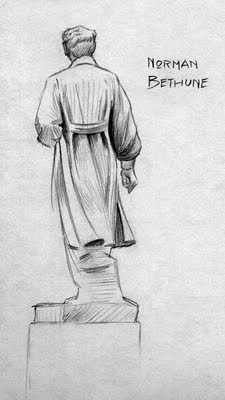 I didn't know anything about him at the time, but Wikipedia tells me he was a medical innovator and Surgeon-in-Chief of Montreal's Royal Victoria Hospital in the 1930's
No comments: 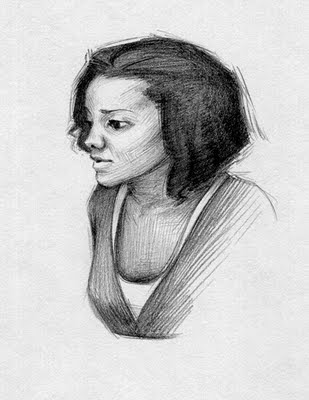 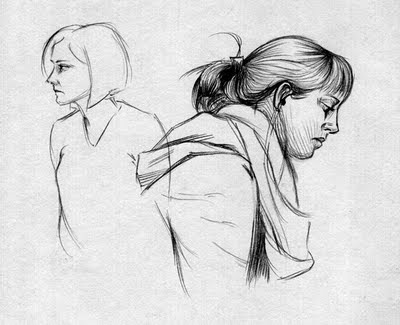 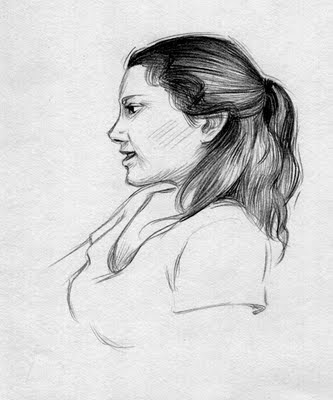